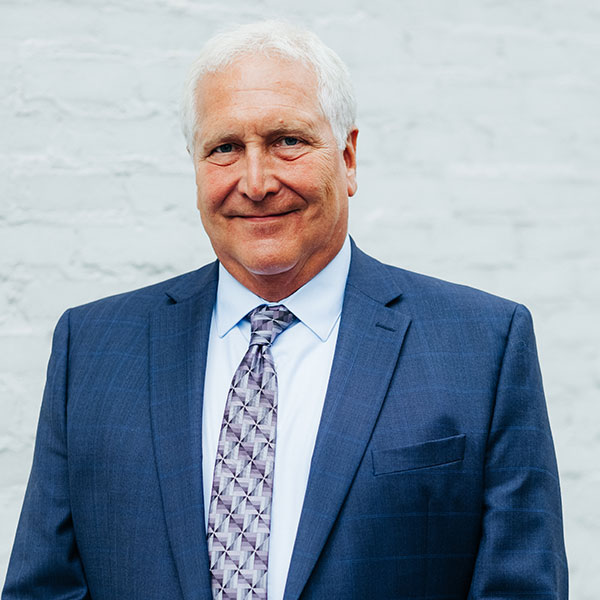 Russ Baldani, the senior partner in Baldani Law Group has dedicated over thirty years as a practicing attorney to representing people accused of crimes in the state and federal courts of Kentucky.  After graduating from the University of Kentucky Law School in 1984, Russ took a job as a full-time public defender at Fayette County Legal Aid. In his first year as a public defender, Russ exclusively represented young people in juvenile court in Lexington. For the next three years, Russ represented citizens accused of felonies in Fayette Circuit Court.

As a felony court public defender, Russ gained extensive trial experience that paved the way for his private practice. He tried dozens of cases, the most noteworthy of which was Commonwealth v. LaFonda Fay Foster. Along with a co-defendant, Fay was charged with shooting, stabbing and running over five people in 1986. It was the biggest murder case in Fayette County history, and the Commonwealth sought the death penalty. Russ assembled a team that included three lawyers, an investigator, a psychologist, a licensed clinical social worker, a forensic toxicologist and a jury selection expert.

In an effort to save Fay’s life, the team presented a comprehensive life history of the physical and sexual abuse that Fay endured as a child, which the state turned a blind eye to. Fay’s horrific childhood led her to dull her pain with drugs, until the fateful night that her rage exploded after a meeting with her father, who rejected her once again. Although the jury recommended death, the defense team persevered, obtained a reversal in the Kentucky Supreme Court, and negotiated a life sentence.

Russ left the public defender’s office to begin a private practice in 1988, and soon teamed up with Tucker Richardson, his current partner. Just as he left Legal Aid, the “Carrollton Bus Crash” occurred in Carroll County, when an intoxicated driver hit a church bus, resulting in an explosion and the death of 24 children and 3 adults. The local prosecutor quickly announced that he would charge Larry Mahoney with 27 counts of murder and would seek the death penalty.

The Department of Public Advocacy asked Russ and his new firm to take on the case, which had drawn national attention. Once again, Russ assembled a team of several lawyers, as well as experts on bus safety, toxicology, and the toxicity of flammable materials in the bus seats.

Behind the scenes, Ford Motor Company, who manufactured the dangerous bus, used its corporate resources to deflect its civil liability by portraying Mr. Mahoney as the sole cause of the horrific tragedy. Following a lengthy jury trial, the jury rejected the murder charges and imposed a sixteen year sentence on the lesser offenses of second degree manslaughter.

In an article about the verdict in People Magazine, it was reported that:

“state-appointed defense attorney….RussellBaldani….conceded that Mahoney drove drunk….but argued that no one would have died if Ford Motor Company and the Sheller-Globe Corporation had not built a bus that was an inferno waiting to happen. Indeed, none of the passengers suffered so much as a broken bone in the collision between Mahoney’s 3400 pound truck and the 11-ton bus.”

Mr. Mahoney is now a free man, and Russ was interviewed for a full length documentary about the tragedy, called “Impact: After the Crash.”

In 2008, William Jerry Hadden was charged in a 32 count federal indictment with offenses related to renting apartments in the complexes he owned near Cardinal Valley to undocumented immigrants.

Essentially, Mr. Hadden was charged with harboring illegal aliens by providing them the most basic of necessities, housing. If convicted, the 69 year old man with no criminal history faced up to 20 years in federal prison and the forfeiture of his property. The case received national attention, because it was the first time the U.S. government had prosecuted a citizen for “harboring aliens” based upon the mere act of renting an apartment.

Reporting on a pivotal pretrial hearing, the Herald Leader wrote:

“in a major blow to the federal government, a federal judge ruled Tuesday that an indicted Lexington landlord can use ignorance of the law as a defense in a harboring trial scheduled to start next week…”

Russ and Tucker represented Mr. Hadden at the week-long jury trial, and he was acquitted of all counts.

As the senior partner in Baldani Law Group, Russ focuses almost exclusively in the field of criminal defense. He handles cases in all levels of state court, including juvenile, district and circuit. He has handled countless appeals before the KY Court of Appeals and the KY Supreme Court.

Russ also has an extensive practice in United States District Court and the Sixth Circuit Court of Appeals. For the last several years, Russ has represented accused individuals as a panel member under the United States Criminal Justice Act, and is well versed in the intricacies of federal criminal law.

Russ and his firm have a simple philosophy when it comes to representing individuals charged with crimes: treat the client with the concern and respect that they deserve, and keep him or her apprised about their case.

Regardless of how an attorney or the public views the severity of a crime, being charged with any offense is a stressful and traumatic experience for the citizen accused. The collateral consequences of a criminal conviction can haunt a person for life. The attorneys at BRR believe that a person charged with a crime deserves a diligent and caring attorney who extends the simple and common courtesy of answering questions and returning phone calls.