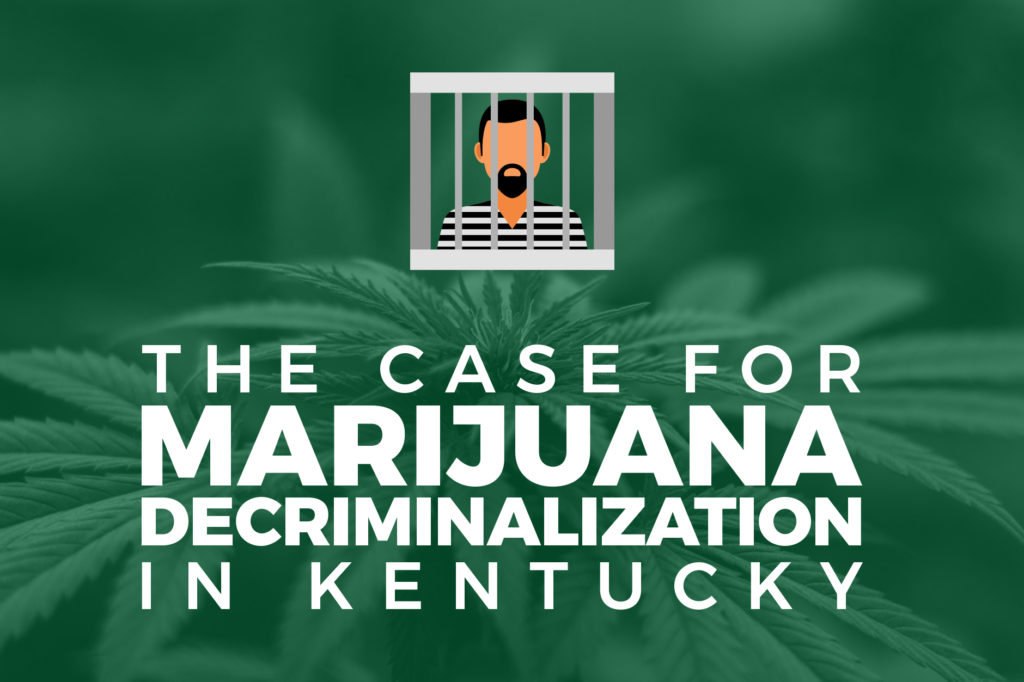 As it currently stands, 23 states have decriminalized marijuana in some form. The Commonwealth of Kentucky has lagged behind in reforming criminal justice policies and many feel the time has come for change. With a bill proposing the legalization of medical marijuana recently addressed by the House, Baldani Law feels that it’s more appropriate now than ever before to ignite a discussion on why Kentucky should decriminalize marijuana.

Votes in favor of the bill were overwhelming, but the house never took action and patients will have to wait until 2020 to have another chance to pass a bill. Decriminalization would help to end mass incarceration, stop institutionalized racism and economic inequality, and allow enforcement officials to reallocate budgets to address more serious crimes.

On a local level, marijuana crimes in Kentucky can be broken down into three different brackets (cultivating, trafficking, and possession. For each bracket, the penalties for a first offense are as follows:

Of course, it is possible to also be charged on the federal level. Under the Controlled Substance Act, even simple possession with no intent to distribute is punishable by up to one year in prison and a minimum fine of $1,000. There is currently a ceasefire on the federal war against marijuana as long as individuals adhere to state law.

Despite usage rates being relatively equal between races, there is clear racial inequality in pot arrests. African Americans are six times more likely to be arrested for marijuana possession than White Americans in Kentucky. The racial divide has actually increased 145.8% since 2001. The criminalization of marijuana has disproportionately hurt the African American community and has led many to call for decriminalization to remove artificial barriers faced for differing treatment.

Attitudes Towards Marijuana In Kentucky

Studies have shown that an overwhelming majority of Kentucky residents are ready for change to some degree. A study conducted by Huffpost found that 78% of Kentuckians support legalizing marijuana for medicinal purposes. The study also found that 40% support legalizing marijuana for any purpose. As views towards marijuana continue to shift, it’s worth asking why state laws haven’t evolved to match resident beliefs and views.

Is The War On Drugs Worth It?

Many who support the government’s war on drugs feel that the policies stifle marijuana usage. Yet, the data does not reflect this belief. The United States spent over $1 billion on anti-pot PSA campaigns from 1998-2004. The Commonwealth of Kentucky has also invested significantly in drug enforcement. Over $19 million was spent enforcing marijuana possession laws in 2010 alone.

Despite investments to curb and eliminate usage, 27% of highschool students say they can get weed within an hour or less if they wanted to. Usage rates amongst high school seniors have also remained unchanged for the last 40 years. On a national scale, the US has historically had some of the strictest drug laws in the world.  Despite this, self-reported marijuana usage rates are more than double what is seen in countries with more liberal laws (8% in the Netherlands vs. 16.3% in the US). The war on drugs has not been very effective at curbing marijuana usage. However, it has ruined the lives of individuals who are serving harsh sentences for crimes that don’t adequately justify the sentence. Kentucky needs to assess whether or not continuing this war makes sense.

Decriminalization Doesn’t Have To Mean Legalization

Even if you don’t support the full legalization of marijuana, you can still support decriminalization. Several U.S. states have moved to decriminalize marijuana without legalizing it. In these states, possession of small amounts of pot no longer carry criminal penalties while trafficking and possession of larger amounts of pot do. The decriminalization laws vary from state to state. Some states attach small fines while others penalize with brief jail time. The amounts considered “small” also vary from 10 grams to 100 depending on the state.

Decriminalization without legalization could still inhibit prolific use (if you’re against the use of the drug) while providing more reasonable penalties for possession and re-allocating police and prison resources to other crimes. States that have decriminalized marijuana to an extent include Alaska, California, New York, Ohio, Vermont, and Washington, among others.

The attorneys at Baldani Law Group fully support the decriminalization of marijuana in Kentucky. We’ve created a petition that we invite you to share with your friends and loved ones. If you also feel that Kentucky’s harsh drug and criminal justice policies are too punitive and costly, please take a moment to sign below. Together, we can reform the criminal justice system to work with all Kentuckians’ best interests at heart.