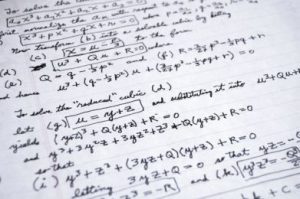 A relatively recent trend in sentencing is using data-driven risk assessment tools to determine who is “high risk” to reoffend and who is not, and to use that information in guiding sentencing: if someone is determined to be “low risk,” the likelihood of them receiving a lenient sentence from the judge would be greater than someone who is determined to be “high risk” — at least, that’s how the thinking goes.

The way risk level is determined is by examining characteristics of the individual in question, and comparing those characteristics with a broad statistical base of other people who have been arrested for crimes. For example, one characteristic many of these tools look at is drug abuse. If someone has abused drugs in the recent past, they might be assessed a higher risk level than someone who has not because drug abuse is associated with an increased risk of the commission of a new crime.

It is an issue that is currently coming to the fore as the federal government is pondering the place of these empirical tools in federal sentencing (it is already used in Kentucky for state convictions as part of the Pre-Sentence Report). Recently, Attorney General Eric Holder has come out against the practice of data-driven sentencing, citing concerns about exacerbating racial disparities in the criminal justice system.

The problem is inherent in how many of these tools calculate risk, and in the factors that they use. One such factor is race. Simply put, if the person in question is a minority, they receive an elevated bump in their risk assessment seeing as how being a minority is associated with reoffense.

Setting aside the question of fairness, political correctness, or wisdom of using static characteristics, the real issue here is just whether this is reflective of reality. Data, for example, supports the conclusion that whites and blacks use marijuana at roughly the same rates, yet blacks are arrested at a rate two to three times higher than whites. Scott Greenfield at his blog Simple Justice sums up the point thusly:

More young black men are recidivists because more black men are arrested, even though there is evidence that they don’t commit more crimes than white men. They just get arrested more, because they are who the police spend their time arresting. This gives rise to an internal community spiral, missing fathers (because they’re in prison), poor education, poor job prospects, etc.  Toss in a criminal conviction and ask empiricism why they aren’t being hired for well-paying jobs at IBM.

The numbers, in other words, are only as good as the process that produces them. If the process is flawed (i.e., if the criminal justice system is biased towards locking up minorities and letting white offenders skate on similar charges), then the numbers themselves are skewed as well and in the end it simply doesn’t matter how accurate the data-driven empiricism is. The correlation between race and re-offending might be strong, but the question that should loom large is whether that correlation is less reflective of reality and more reflective of our system’s built-in biases towards incarcerating minorities. Because if data-driven sentencing really takes hold, it re-frames our collective biases under the auspices of science.