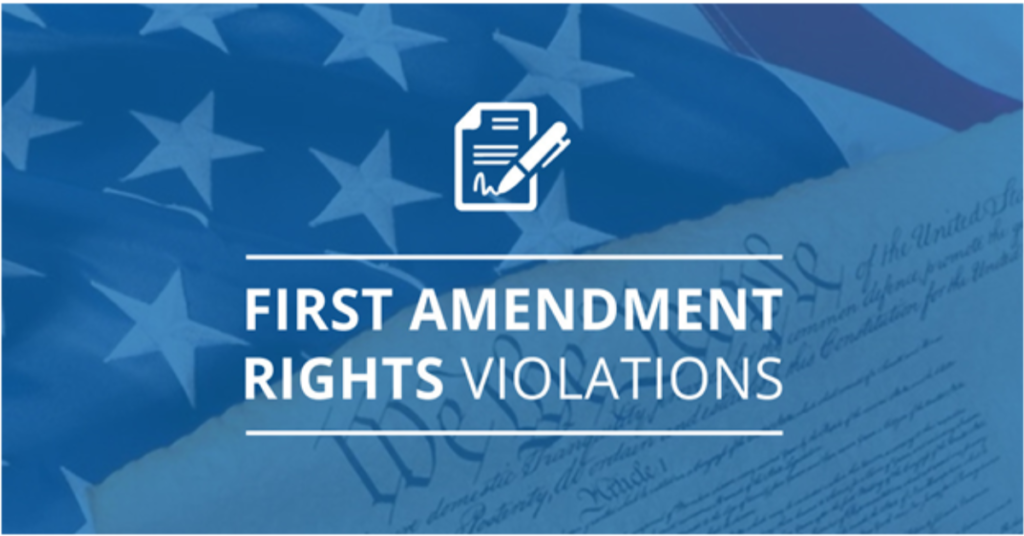 The First Amendment to the Constitution of the United States of America is what guarantees us all, as US citizens, some of our most well-known and most cherished freedoms. As the first of the ten constitutional amendments known as the Bill of Rights, the First Amendment provides for freedom of religion, freedom of speech, freedom of the press, the right to assemble, and the right to petition the government. Simple, short, and straightforward—yet incredibly powerful—the First Amendment reads as follows: Congress shall make no law respecting an establishment of religion, or prohibiting the free exercise thereof; or abridging the freedom of speech, or of the press, or the right of the people peaceably to assemble, and to petition the government for a redress of grievances. Congress initially passed the First Amendment on September 25, 1789. It was then ratified by the states on December 15, 1791. For more than 100 years, it was only applied to federal laws. In 1925, however, the Supreme Court began applying it to state laws as well through a process called incorporation. As important as the First Amendment is to the country, it is still rather vague. Because of this, in the end, its interpretation and how it should be applied in different situations is ultimately left up to the judgment of the Supreme Court.

The following are several examples of what the courts consider to be violations of a person’s First Amendment rights.

This case was a precedent-setting case that established the “Tinker Test”, which is now used to help determine rulings in current First Amendment cases. John Tinker, Mary Beth Tinker, and Christopher Eckhardt wore black armbands to school in protest of the Vietnam war. The school had learned of their plan to do so beforehand and instituted a policy forbidding it. The three decided to wear the armbands anyway and all three students were suspended for refusing to remove them. They then sued the school district for violating their First Amendment rights. In the end, the Supreme Court sided with the students. They said that non-disruptive, passive, symbolic speech cannot be censored just because it makes others uncomfortable. The Court ruled that free expression of public school students can only be restricted if it threatens a material and substantial disruption of the educational process, or invades the rights of others.

In this case, the Court was asked to decide if a Connecticut state statute violated the First Amendment because it required a permit to be obtained in order to solicit for religious purposes. The Supreme Court rules unanimously against the state. The reasoning behind the decision was that the state would effectively be determining religious truth by deciding which causes were religious and which were not as they issued or denied permits. This was deemed to be a violation of both the First and Fourteenth Amendments. This case is also particularly important because it is the first time the Supreme Court applied the Free Exercise Clause of the First Amendment to state government as well as federal.

This case involved 187 black high school and college students who had assembled to protest laws in South Carolina which they alleged “prohibited Negro privileges”. The students had gathered peacefully at the site of the state government and were told by police that they would have to disperse within 15 minutes or face the possibility of being arrested. The students refused to leave and instead sang patriotic and religious songs. They were eventually arrested and convicted of breach of the peace. When the case eventually reached the Supreme Court, the Court ruled that South Carolina has violated the students’ First Amendment rights in three different ways. The state had infringed upon their rights of free speech, free assembly and freedom to petition for a redress of grievances.

Have Your First Amendment Rights Been Violated?

Do you think your First Amendment rights have been violated? We can help. Our team has the knowledge and experience to support you in your case and get the results you want. Contact us today to schedule a free consultation. We’ll be happy to discuss your case and determine what we can do to help you. Contact us online or call us at (859) 259-0727.