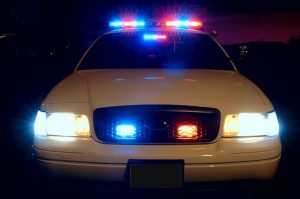 On February 19, 1964, Edward Coolidge was arrested in New Hampshire for the shooting murder of Pamela Mason. Coolidge was a well-liked former high school football star, and Mason was a teenage babysitter. It was a brutal crime that rocked the sleepy New Hampshire town of Manchester. All indications were that Coolidge, however, was responsible for Mason’s death.

Coolidge was convicted after a jury trial and sentenced to life imprisonment. On his appeal, Coolidge argued that some of the evidence that was obtained and used against him at trial was done illegally — that the police violated his (and mine and your) Fourth Amendment right to be free from unreasonable searches and seizures. Specifically, he argued that searches of his car which turned up gunpowder particles (amongst other evidence) was unconstitutional. The state countered, relying on the “automobile exception” to the Fourth Amendment — in other words, that since it was a car that they searched, they did not need a warrant to do so.

Coolidge’s case went all the way up to the United States Supreme Court, where despite the fact that Coolidge seemed to be responsible for the murder reversed his conviction based on the fact that evidence obtained from Coolidge’s car was done illegally. Justice Stewart, in reversing the conviction, wrote that

The word ‘automobile’ is not a talisman in whose presence the Fourth Amendment fades away and disappears.

That sentiment, however, did not seem to live on in the Supreme Court’s decision on Tuesday, Navarette v. California. In Navarette, an anonymous caller phoned 911 to report that a pickup truck had run her off the road. The caller provided details on the truck and the direction that it was going. Officers with the California Highway Patrol responded and were able to locate the truck a short time later. Officers followed the truck for five minutes, trying to observe any signs or indication of impaired driving. The driver of the truck obeyed all traffic laws, yet nevertheless officers decided to pull him over. After they pulled the truck over, they smelled marijuana, searched the truck, and located 30 pounds of marijuana.

Police officers have to have “reasonable suspicion” that a crime is being committed before they can pull someone over. The issue in Navaratte was whether, standing alone, an anonymous tip of careless driving can give police officers the ability to pull someone over. In a 5-4 decision, the Court ruled that the stop was lawful under the Fourth Amendment — that because of a single anonymous accusation, the state can stop your vehicle and investigate you. It doesn’t matter whether the accusation was true or not. It doesn’t matter if the officers who track you down don’t see you doing anything suspicious or otherwise unlawful.

Justice Scalia wrote the dissenting opinion. While Scalia is not typically one to side with…well…people who would be driving down the road with thirty pounds of marijuana in their vehicle, he nails the problems with the Court’s opinion. His entire dissent is worth reading, but here are some of the highlights:

It gets worse. Not only, it turns out, did the police have no good reason at first to believe that Lorenzo was driving drunk, they had very good reason at last to know that he was not. The Court concludes that the tip, plus confirmation of the truck’s location, produced reasonable suspicion that the truck not only had been but still was barreling dangerously and drunkenly down Highway 1. Ante, at 8-10. In fact, alas, it was not, and the officers knew it. They followed the truck for five minutes, presumably to see if it was being operated recklessly. And that was good police work. While the anonymous tip was not enough to support a stop for drunken driving under Terry v. Ohio, 392 U. S. 1 (1968), it was surely enough to counsel observation of the truck to see if it was driven by a drunken driver. But the pesky little detail left out of the Court’s reasonable-suspicion equation is that, for the five minutes that the truck was being followed (five minutes is a long time), Lorenzo’s driving was irreproachable. Had the officers witnessed the petitioners violate a single traffic law, they would have had cause to stop the truck, Whren v. United States, 517 U. S. 806, 810 (1996), and this case would not be before us…

Resisting this line of reasoning, the Court curiously asserts that, since drunk drivers who see marked squad cars in their rearview mirrors may evade detection simply by driving “more careful[ly],” the “absence of additional suspicious conduct” is “hardly surprising” and thus largely irrelevant. Ante, at 10. Whether a drunk driver drives drunkenly, the Court seems to think, is up to him. That is not how I understand the influence of alcohol. I subscribe to the more traditional view that the dangers of intoxicated driving are the intoxicant’s impairing effects on the body — effects that no mere act of the will can resist. See, e.g., A. Dasgupta, The Science of Drinking: How Alcohol Affects Your Body and Mind 39 (explaining that the physiological effect of a blood alcohol content between 0.08 and 0.109, for example, is “sever[e] impair[ment]” of “[b]alance, speech, hearing, and reaction time,” as well as one’s general “ability to drive a motor vehicle”). Consistent with this view, I take it as a fundamental premise of our intoxicated-driving laws that a driver soused enough to swerve once can be expected to swerve again — and soon. If he does not, and if the only evidence of his first episode of irregular driving is a mere inference from an uncorroborated, vague, and nameless tip, then the Fourth Amendment requires that he be left alone.

The Court’s opinion serves up a freedom-destroying cocktail consisting of two parts patent falsity: (1) that anonymous 911 reports of traffic violations are reliable so long as they correctly identify a car and its location, and (2) that a single instance of careless or reckless driving necessarily supports a reasonable suspicion of drunkenness. All the malevolent 911 caller need do is assert a traffic violation, and the targeted car will be stopped, forcibly if necessary, by the police. If the driver turns out not to be drunk (which will almost always be the case), the caller need fear no consequences, even if 911 knows his identity. After all, he never alleged drunkenness, but merely called in a traffic violation — and on that point his word is as good as his victim’s.

The point about Mr. Navarette and Mr. Coolidge is just this: our rights, yours and mine, are won (Coolidge) and lost (Navarette) on the backs of the guilty. After all, if Mr. Navarette didn’t have marijuana in his truck, police wouldn’t have found anything and he wouldn’t have been arrested. There has to be some kind of incriminating evidence at issue in order for us to talk about the lengths to which the government may and may not go in order to seize that evidence and about the value we place on and how seriously we take the promise of our Constitution to protect us from governmental tyranny.

Now, it seems, that there are very few checks in place on under what circumstances you can be pulled over. If the Fourth Amendment has not completely faded away in the presence of the word “automobile,” it is at least on life support.