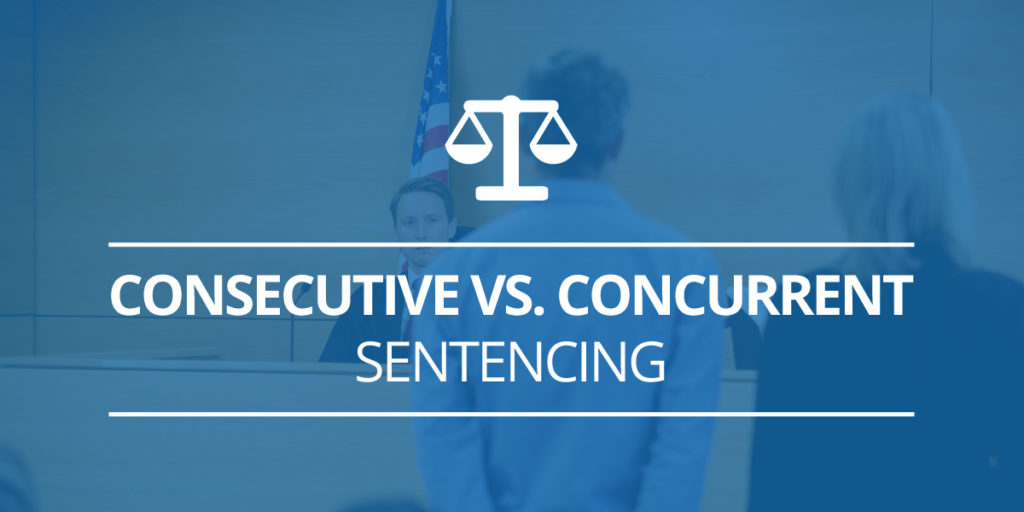 In many Kentucky criminal cases, sentencing is a relatively straightforward process. A defendant is either convicted of or pleads guilty (or “no contest”) to a criminal offense, and he or she is sentenced by the court. There are numerous factors that a judge will take into consideration, such as a Pre-Sentence Investigative Report (“PSI”), letters from employers, family members and friends, and a sentencing memorandum.

When a defendant is facing multiple criminal charges, however, the judge will need to make a determination as to how to run the sentences for each conviction. Under Kentucky law, the sentences must either be run consecutively (one right after the other) or concurrently (at the same time). The way that the sentence is run can have a significant impact on the amount of time that a defendant will have to serve.

While there are guidelines regarding how some sentences must be handed down, in most situations, the court has discretion over whether to run sentences concurrently or consecutively. Judges can even choose to run part of a sentence concurrent, and another part consecutive. That is why it is so important to work with a Lexington criminal defense lawyer who is adept at handling the Kentucky sentencing process, and who can aggressively advocate on your behalf.

In Kentucky, if you are convicted of multiple criminal offenses, then your sentence will either run concurrently or consecutively. The difference between the two can mean years in prison.

When a sentence runs concurrently, a defendant serves all sentences at the same time. Consider a person who was convicted of burglary in the second degree (with a potential sentence of 5 to 10 years) and possession of a controlled substance in the first degree (with a potential sentence of 1 to 3 years). If their sentence is served concurrently, then the sentence for the drug charge begins at the same time that the burglary sentence begins — so that he or she is eligible for release when the sentence for the burglary charge has ended.

The difference between the two sentences in this example is significant. With concurrent sentences, our fictional defendant would spend a total of 5 years in prison. With consecutive sentences, he would be in prison for 8 years.

When Is Consecutive or Concurrent Sentencing Required Under Kentucky Law?

Kentucky Revised Statute §532.110 lists multiple situations where a sentence must either run concurrently or consecutively, and provides guidelines for how these sentences can be imposed. Under the law:

If a court does not specify how a sentence is to run, it will run concurrently, unless the sentence is specifically required to run consecutively by law.

The Importance of a Sentencing Memorandum

At a sentencing hearing, one of the most important decisions that a judge will make is whether to run a sentence for multiple offenses concurrently or consecutively. A defendant can and should use this opportunity to argue that his or her sentence should be run concurrently. As explained above, doing so could shave years off of the total term of incarceration.

Before a sentencing hearing, a criminal defense attorney can submit a sentencing memorandum. While not required, this memorandum is a chance to argue for leniency, explain factors that may have led a defendant to commit a crime, and — where necessary — make a case for why a sentence should run concurrent instead of consecutive. While many lawyers choose to rely solely on arguments before the court to make these arguments, a sentencing memorandum allows your attorney to set out your claim clearly, concisely, and with supporting evidence.

A sentencing memorandum can incorporate information from your personal history, the pre-sentence investigative report, and Kentucky law to argue that a sentence should run concurrently. An effective advocate will pull together the facts of your case and information from similar cases to make a strong argument for a concurrent sentence. The sentencing memorandum will then be supplemented by an in-person argument before the judge at the hearing.

In Kentucky, judges retain a fair amount of discretion in deciding whether to sentence a defendant convicted of multiple offenses to concurrent or consecutive terms. This decision can have a major impact on the amount of time served, which makes having an aggressive advocate critical to achieve the best possible outcome.

The Baldani Law Group is highly skilled at representing clients in each phase of the criminal justice process, from initial arraignment through sentencing and appeals. We will work with you to protect your rights and your freedom. To learn more or to schedule a consultation with a Lexington criminal defense lawyer, call our office today at 859-259-0727 or contact us online anytime.